Inherent in the structure of any international court or tribunal is the dual nature of the institution: the ICC is both a judicial entity (ICC/Court) and an international organisation (ICC/IO). As a judicial entity, the Court must benefit from judicial independence. As an international organisation, States Parties reasonably expect to be able to guide and shape the institution. Contradictions can arise between the two attributes of the ICC, and in practice such differences have led to tension between the ICC and the ASP. Whereas the dual nature of the ICC cannot be changed, employing this distinction can improve the clarity of reporting lines and improve cooperation.

Since we are starting a new year, it may be good to reflect on the 2020 Independent Expert Review (IER) of the International Criminal Court (ICC) and the Rome Statute System, commissioned by the Assembly of States Parties (ASP):

with a view to making concrete, achievable and actionable recommendations aimed at enhancing the performance, efficiency and effectiveness of the Court and the Rome Statute system as a whole, taking full account of the working languages of the Court, and submit those to the Assembly and the Court for consideration.1 Review of the International Criminal Court and the Rome Statute System, ICC-ASP/18/Res.7 (2019), para. 6.

Hemingwayesque in prose (modestly adorned short, plain sentences), Tolstoyesque in length (War and Peace in size and discordance), and Trumanesque in bluntness (unvarnished, curt, straight-talk), the final report of IER of the ICC is a dark, disenchanting, dispiriting read. But a must-read, nonetheless. Anyone currently working or hoping to work at the ICC, anyone working in any of the international(ized) criminal courts or tribunals, and anyone involved in establishing or aspiring to establish any future such courts, would be well served to carefully review and reflect on this report.

Weighing in at 348 pages with 384 recommendations, the IER pulls no punches. The experts describe their findings in refreshingly direct and unadorned fashion rarely (if ever) seen in such reports. Generally, when international criminal courts are assessed – especially internally or where the assessors are inclined to relent to pressures giving a positive spin for the good of the institution and its raison d’être – they are written with a view to protecting the image of the institution, minimizing problems, sweeping inconvenient truths under the rug, and painting a rosy picture. Ingenuously, a positive three-quarters full glass is presented when the facts, objectively examined, reveal at best a glass one-quarter full.

Not the IER. From their extensive interviews of insiders, their comprehensive examination of the internal structure of the ICC as it functions in practice, and their poignant analysis of just about everything relevant to the functioning of the ICC, the experts deliver the goods. With no sacred cows off limits from scrutiny and criticism, and not sparing the rod, few internal organs/units and few critical actors go unscathed.

The ASP should be commended for selecting these experts and giving them essentially carte blanche in carrying out their remit. Mind you, the ASP is also not spared from criticism – though dare I say that if the ICC is as dysfunctional as the IER seems to suggest, then the lion’s share of the blame should rest with the ASP. Many of the shortcomings and disturbing findings were open secrets. It is not as if the ASP did not or could not have known of the state of affairs at the ICC as described by the experts. Indeed, some States Parties have expressed concerns.2 See e.g., Statement of Denmark, 17th Session of the ASP, 2-7 December 2019, p. 1: “The structure of the Court presents its own set of governance-related challenges. Efforts must be made to maintain strong management and governance across the organs of the Court. Streamlined decision-making procedures, delegated authority and cooperation across organs is a priority. A strong sense of common purpose – Court-wide – must underpin such efforts, and is essential for effective leadership. Independence and cooperation are reinforcing concepts.” But for the most part, and for several years now, there has been a growing fungus at the ASP of willful blindness on some issues and of abject malaise with other. Hence some of the shockingly scandalous findings in the IER.

The IER is far too rich in findings and recommendations to do it justice in a modest post such as this. So, I will just give a general impression of what I found most interesting and noteworthy. Before I discuss the IER, a couple of general observations.

First, as impressive and diverse as the experts are (Nicolas Guillou, Mónica Pinto, Mike Smith, Anna Bednarek, Iain Bonomy, Mohamed Chande Othman, Richard Goldstone, Hassan Jallow, Cristina Schwansee Romano), none of them have any meaningful experience as defence counsel, if at all. Were I charitable, or better yet, naïve, I might be inclined to consider the omission of defence counsel to participate as experts in assessing the ICC’s performance an unfortunate oversight. No; it was purposeful. To put it crudely, defence counsel are generally viewed as being incapable of providing anything worthwhile in assessing the functioning of courts – other than, of course, bellyaching about the lack of resources afforded to them or inveighing about the quality of justice rendered to their clients, who, truth be told, are viewed by many of the donors and even human rights advocates as criminals undeserving of a robust defence lest they be acquitted. Of course, I am a defence lawyer, so consider the source.

Second, none of the experts seem to have any tangible experience in court administration, either at the national or international level – save for Judge Iain Bonomy, who in 2001, led the review for the Scottish Executive of the Practices and Procedure of the High Court.3 See Improving Practice – The 2002 Review of the Practices and Procedures of the High Court of Justiciary by the Honourable Lord Bonomy, 11 December 2002. This does not mean that they do not come with a wealth of experience. If part of the purpose of the IER is to offer concrete solutions to the governance of the ICC, as seen in the first part of the report, having an expert with extensive court administration experience would have been helpful. Just as when it came to assessing the resources and renumeration afforded to the defence, the experts, learned as they are, would have benefited by having a defence counsel experience in handling mega cases before international criminal tribunals, and preferably with experience of running a complex public defence or legal aid agency.

These shortcomings aside (mind you, the experts were selected by the ASP), the experts offer a lucid, well drafted, constructive report. Not that I agree with all their observations and recommendations. Take for instance their recommendation that the Office of the Prosecutor (OTP) consider delegating to the Registry “as much as possible, the services/activities within the OTP that pertain to administrative matters,”4 IER, R6. inclusive of which would be matters concerning its “staff, resources, facilities, and other resources.” Not only is this contrary to Article 42(2) of the Rome Statute, but unsound, even if it is a mere suggestion to what the OTP ought to consider. The recommendation, if adopted, would interfere with the independence of the OTP, subordinating it to the Registrar to such matters, and effectively, compromising its independence vis-à-vis the Judges to whom the Registrar is accountable and to which s/he owes their (re)election.5 Rome Statute, Art. 43(4). There may be some benefit to reducing some perceived administrative and resource abundancies, but this is unsound and runs against having an independent OTP.

What makes the IER essential reading is not so much the recommendations offered, but many of the general findings, which, in no small measure, are as disturbing as they are unsurprising to any keen observer of the ICC and especially to those working there. Here is a sampling:

The opening quote aptly notes that “[i]nherent in the structure of any international court or tribunal is the dual nature of the institution: the ICC is both a judicial entity (ICC/Court) and an international organization (ICC/IO).” Therein may lie the rub. Perhaps, but doubtful. 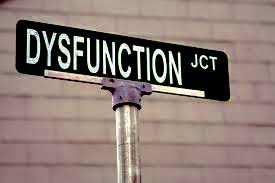 Were the ICC in its infancy, or had it come into existence with no other functioning international(ized) courts or tribunals from which to learn from (errors to avoid, best practices to consider), some of the criticisms found in the IER would be understandable. Neither is the case.  Admittedly, the ICC is far more complex than its predecessors and other ongoing courts and tribunals. However, what comes across page after page in the IER is that the ICC is a dysfunctional court at virtually every level. In fact, it would not be an exaggeration to say that were the ICC to continue to function as it currently does, it is doomed to suffer a prolonged, humiliating, unforgiving death by a thousand cuts.

Then there is the toxic environment of the ICC. Morale is abysmal, with complaints of bullying, sexual harassment, and other sorts of abuse, such as superiors having their staff do personal work. There are few opportunities for advancement for competent staff, while many of them complain that they are doing work their superiors should be doing. Judges come across as incompetent, lazy, too busy with non-ICC work to focus on their judicial functions.

Conflicts of interest seem prevalent with no viable monitoring and disciplinary mechanisms in place. The code of conduct for the Judges is weak and ineffectual. The Judges also do not seem to be all on the same page when it comes to applying the Chamber’s Practice Manual.

Appreciatively (speaking as defence counsel), the IER acknowledges the lack of proper remuneration for the defence.19 IER, paras. 812-20. Though the legal aid policy has been under consideration for nearly a decade, no serious attempts have been made to meaningfully revamp it. Lots of studies, reports, proposals, but no resolution. How difficult can this issue be to solve? Could it be that the ASP sees no reason to augment the resources and fees afforded to the defence because, as I noted, of the negative light in which the defence is held? Or could it be that affording the defence resources that might enable suspects and accused (perceived as guilty) to “get off” yields little, if any, desirable value?

If the point eludes anyone, consider this fact: the experts conducted their interviews, deliberated, assessed, and drafted the IER in 9 months – and that was for the whole ICC enchilada. So, can it seriously be said that updating the legal aid scheme is so complex that it cannot be resolved in a decade? No. Just as you have level P-2 and P-3 staff stuck for years on end with no means of upward mobility and pay increase, so too you have defence counsel and their staff working for fees and wages, and with no social benefits, that are shameful. If accused are well represented, and they generally are, it is because far too much work is being done by defence teams that is not remunerated. Work is being done because it must be done – out of a sense of diligence, duty, and dedication.

Although I have painted the IER findings in broad-brush strokes, it is appropriately nuanced, deserving scrutiny and attention. All is not negative, even if after reading the IER one is strained not to wonder what could possibly be going right with ICC.

This post is just a tease. Anyone working at or interested in the ICC should read the IER and draw his or her own conclusions.