In Part 1 I shared some thoughts and offered suggestions for the working-group and Counsel qualified to appear before the Kosovo Specialist Chambers (KSC) to consider on whether to form an Independent Representative Body (IRB) tailored to their needs and expectations. In this post I will suggest a possible structure for the IRB and will provide a template for the Constitution. Suffice it to say, I am immeasurably grateful to many colleagues who over the years have enriched me with ideas on the structuring and functioning of professional associations. 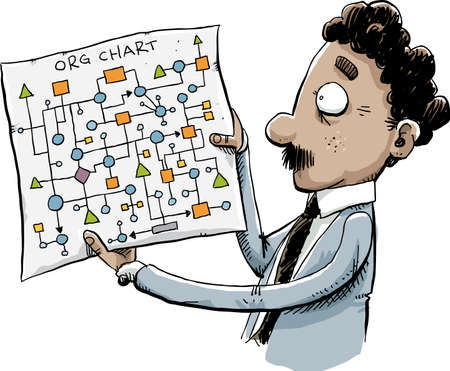 The life span and scope of the KSC’s IRB will be limited. Its purpose will be to aid the Specialist Counsel and Victims’ Counsel (Counsel) in meeting their professional obligations towards their clients. As stakeholders in the process, Article 19(4) of the Law on Specialist Chambers and Specialist Prosecutor’s Office (KSC Statute) and the Registrar’s letter of 29 May 2018 envisages Counsel’s participation through an IRB in providing input on substantive, procedural, and administrative matters. As a collective, an IRB could assist Counsel in advocating for their professional needs such as: shaping the legal aid policy, obtaining adequate facilities (work space within the KSC’s premises, computers, trial management tools, lockers, and so on), training, providing advisory ethics opinions, submitting amici curiae briefs, etc.

My advice is to keep it simple. Set up a nimble association that is formally registered under Dutch law and formally recognized by the KSC. There is an issue of costs and fees, but these should not be debilitating factors in deciding whether to form an IRB. There are creative ways of finding funding, office space and basic office equipment could be provided by the KSC, and, as I’ve noted in Part 1, if the IRB delivers the goods and services, Counsel will join. For what it’s worth, here is a schematic and some thoughts on how it could be structured.

Basic structure of an IRB for the KSC

Executive Committee. The Executive Committee oversees the day-to-day operations and management of the IRB in matters such as: preparing the agenda of the General Assembly meetings, submitting the IRB programs for approval to the General Assembly, implementing approved programs and other decisions of the General Assembly, preparing the annual budget, monitoring matters related to the annual budget, and submitting an annual report on activities and an audited financial report. Internal directives should be adopted as necessary. It is generally composed of a President, two Vice-Presidents, a Treasurer, and a Secretary, elected by the General Assembly. There should be term limits such as one year with eligibility to serve two additional consecutive terms. Some consideration should be given to the overall make-up / representation of the Executive Committee, factoring in, for instance, Specialist Counsel, Victims’ Counsel, gender, and ethnicity (e.g., a minimum of one seat could be reserved to Counsel from Kosovo and Serbia, respectively).

Professional Standards Advisory Committee. The Professional Standards Advisory Committee’s main task is to provide Counsel with advisory ethics opinions. Occasionally, it may be consulted by Chambers or the Registry on a matter concerning discipline or contempt. It may also be consulted by Counsel on matters of disputes on the potential existence of conflicts of interest. It also assists in ethics training.

Training Committee. The Training Committee plans and organizes training in coordination with the Executive Committee. Its members are not elected trainers; they merely suggest topics for training and, in principle, are expected to plan and facilitate training.

Amicus Committee. The Amicus Committee drafts amici curiae briefs on matters approved by and in coordination with the Executive Committee. The members are expected to have the requisite skills, knowledge, and inclination to draft high quality briefs under relatively short deadlines.

Audit Committee. The Audit Committee inspects the accounting books, delivering a report to the General Assembly for transparency, accountability, and future planning.

Ad hoc Committee(s). As may be needed, either the Executive Committee or the General Assembly may set up temporary committees with a limited remit and life span to deal with important or imminent matters.

Not all committees are necessary. Some committees can be rolled into others. For instance, the work of the Membership Committee can be done by the Head of Office. The Legal Advisory Committee could fold into the Specialist Counsel Committee and Victims’ Counsel Committee, since in any event, the discrete interests of the Specialist and Victims’ Counsel will be funneled through these two Committees whenever the IRB is consulted. The work of the Amicus Committee could be done on an ad hoc basis (without having to formally set up a committee), since experience has shown that those elected to the Amicus Committee are often too pressed with other matters to devote the requisite time, energy, and creativity (pro bono), and that it is often more effective to seek (target) volunteers on a case-by-case basis. Also, the Training Committee can fold into the Executive Committee, since much of the work is done by the Head of Office (finding and contacting trainers, arranging the logistics etc.).

Notably, by participating in committees and being actively engaged in an IRB’s activities, members can meaningfully contribute to the integrity of the tribunal or court, and, if the opportunity presents itself, are better poised to handle an assignment or appointment. Since at the KSC it is likely that only a few Counsel will end up with clients, committee participation is an excellent opportunity to stay active and current. Ultimately, if an IRB is formally established by KSC Counsel, in adopting the Constitution the membership (General Assembly) will decide how active or passive it will wish it to be.

An alternative to forming an official association, Counsel could opt for an improvisational ad hoc working-group to liaise between Counsel and the Registrar, and to call upon Counsel to volunteer on an as-needed basis, such as when there may be a need to draft an amicus brief, provide an ethics advisory opinion, or training, etc.

The benefits of this approach are that there would be no need to go through the tedious efforts of drafting a Constitution, no need to register it with the Chamber of Commerce, no need for staff, and no costs to the members. The drawback is that without an organized IRB as a professional association there is a good likelihood that not much will be accomplished; there will be a constant struggle to get meaningful input in a timely manner. Counsel, especially when busy and not working within a framework such as a committee, tend to be lackadaisical and non-responsive. Also, the administrative work involved will require a dedicated person to assist the working-group on a full-time basis. Unpaid interns can be of assistance, but then there is no institutional memory and there is a constant learning curve.

It all comes down to preference. In any event, no matter which option is selected, some members will have to step-up, roll-up their sleeves, and be prepared to spend lots of time and effort for the benefit of the many.

Parting Suggestion – a template for an IRB’s Constitution

For the benefit of the working-group and others who may be interested in establishing an IRB, here is a template as a potential point of departure in drafting a constitution.

One thought on “A Call for an Independent Representative Body for KSC Counsel: structure and suggestions – Part 2”